As a coach, networking and lead generation become second nature because it’s key to running a successful business.

Whether you’re just starting out or you’re looking to take your lead generation efforts to the next level, here are a few ways that you can start generating more leads offline.

It’s suggested that as a coach, you focus primarily on offline lead generation, especially if you’ve just started a coaching business. Offline tactics are very powerful and there’s a lot of money in it.

Here are a few of the best offline lead generation tactics that you should consider using to generate more business:

1. The Power of Referrals

When it comes to asking for referrals, always start with friends and family as they already trust you and are generally the easiest source of good referrals. The next best source of referrals is your past clients followed by colleagues or business associates. Lastly, turn to the people in your phonebook.

So how do you ask for referrals? Sending out an email is one of the easiest ways to ask people for referrals albeit less personal. The most important thing is to be specific, direct, and limited. So be direct about the fact that you’re looking for clients but indicate that your time is limited too, which gives a sense of exclusivity. This should always be done with integrity though. You can also ask for referrals via phone, which is a lot more personal. The final way that you can ask for referrals is in person. Approach an in-person meeting with you asking someone you know about advice on the expansion or launch of your coaching business, which will hopefully lead to them giving you referrals.

Top Tip: Ask for referrals at least every 6 – 8 weeks as the people you know will have met new people during that period. It’s also a great idea to set up some sort of incentive for when people refer you to a new client.

Networking is simply you going out and meeting people you’ve never met and moving them down the line to private client status.

Here are a few of the places that you can network:

Once you’ve connected with someone, there are 5 steps to follow in order to turn a cold lead into a warmer lead:

Top Tip: Remember to set a follow-up meeting with your warm lead right there and then while they’re open and engaged.

Speaking is one of the best ways to get new clients. By using speaking to generate more leads, you won’t necessarily be running your own events but instead, speaking at the events of others.

Start by asking family, friends, and colleagues about groups or events that you could speak at. Google and Meetup.com are also great resources to find groups that may be meeting in your area. Lastly, there is also the option of simply walking into clubs and groups and speaking to the people who manage them to find out about potential speaking opportunities.

Collect business cards at the event so that you can contact people afterward. Sometimes offering a small gift or special offer also helps with the lead generation process.

Top Tip: Once you book a speaking engagement, make your talk light, informative, and inspiring. 30 – 60 Minutes is also more than enough to give a compelling talk.

4. Running Your Own Events

This option has the most risk, but can also be the most rewarding. As a coach, don’t run an event that’s longer than 2 hours. It’s also recommended that you don’t create a recurring event as they don’t tend to work as well for lead generation.
Top Tip: To really do something different, invite a group of people to a meal and coach them in a more personal setting.

For more lead generation tips to grow your business, attend one of the Kane and Alessia’s Industry Rockstar events. 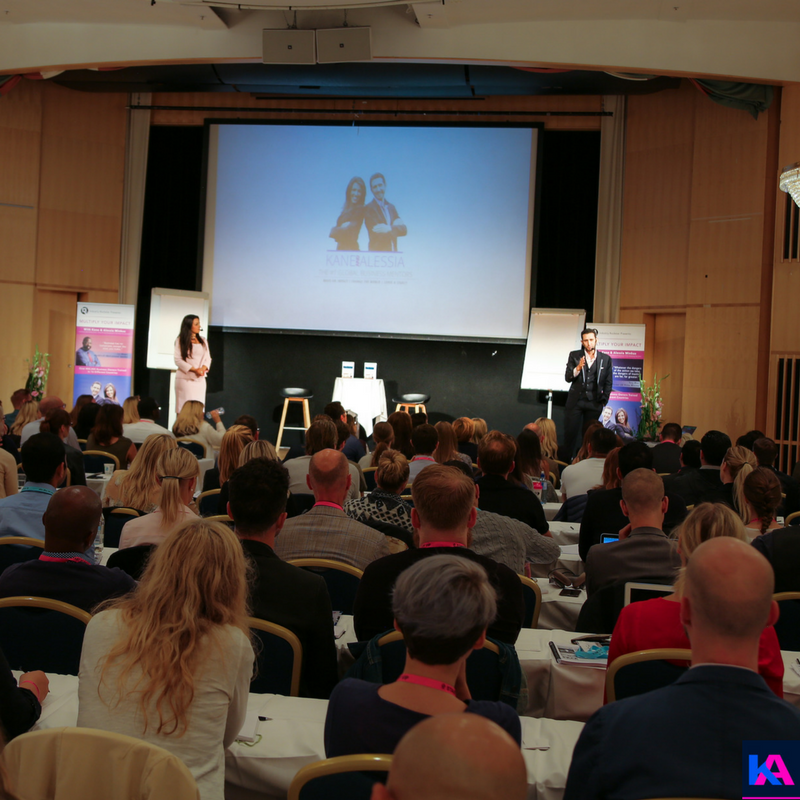 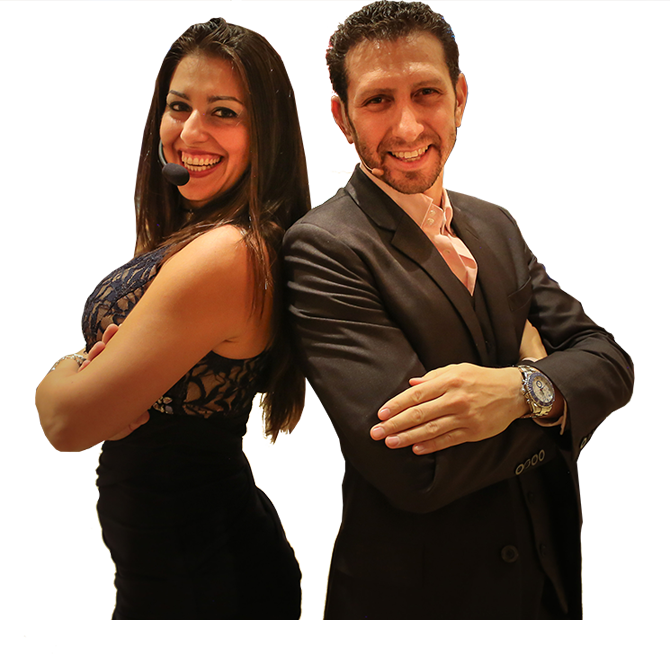 Best practices in accelerated business growth, combined that with over 2 decades of Advanced Human Potential immersion studies (stretching from San Francisco to India, the Middle East to Europe) creates a unique and powerful set of tools and presentations that shift your potential past what you know as possible today. Across the planet, participants comment on the unusually poignant systems that these two power house coaches have developed for Business Owners.

Kane & Alessia engaged clients typically grow their business by 1.5-3 X in the first 12 months and 4-10X in the following 24 months.

Kane & Alessia have started, owned and operated over 40 companies turning over more than $220M USD in collective revenue. They have won over 30 international awards and been featured in over 330 leading Media publications for their excellence in business.

An international community of clients support each other and have unprecedented to global access of resources, talent and growth techniques.